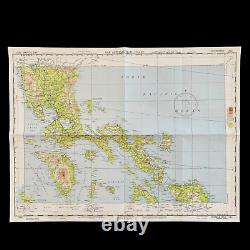 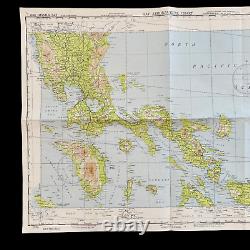 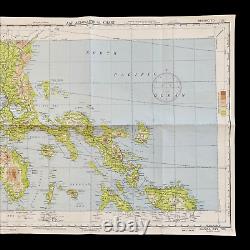 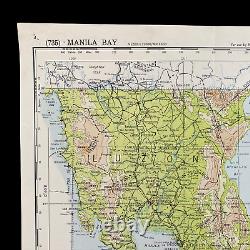 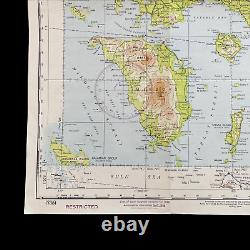 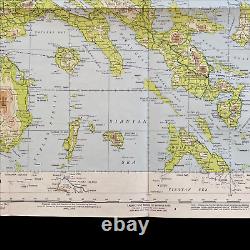 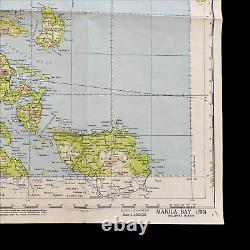 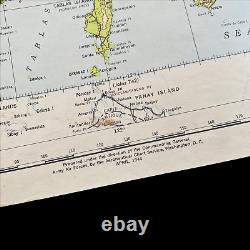 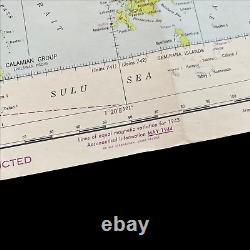 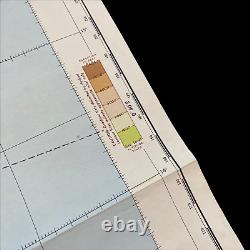 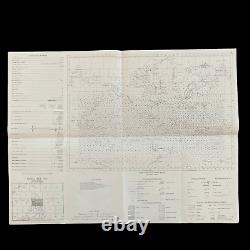 Used during the combat operations near MINDORO, LUZON, and SAMAR. Dated 1944 and titled "MANILA BAY" this incredible double-sided'FIRST EDITION' Aeronautical Chart was used for aerial navigation of the U. Army Air Force during WWII. Prepared under the direction of the Commanding General of the Army Air Force this map is marked'RESTRICTED' while being used in the theater of operation as it contains sensitive information wartime information such as Allied air radio frequencies, vital defense areas, and the location of military facilities.

While participating in combat operation missions this map would have been used for the navigation to aerial bombardment targets, aerial reconnaissance, strike attacks, search and rescue missions, transport operations, etc. The Battle of Manila Filipino. 3 February - 3 March 1945 was a major battle of the Philippine campaign of 1944-45, during the Second World War.

It was fought by forces from both the United States and the Philippines against Japanese troops in Manila, the capital city of the Philippines. The month-long battle, which resulted in the death of over 100,000 civilians and the complete devastation of the city, was the scene of the worst urban fighting in the Pacific theater. Japanese forces committed mass murder against Filipino civilians during the battle. Along with the massive loss of life, the battle also destroyed architectural and cultural heritage dating back to the city's founding, and Manila became one of the most devastating capital cities during the entire war, alongside Berlin and Warsaw. The city's capture was marked as General Douglas MacArthur's key to victory in the campaign of reconquest. To date, it is the last of the many battles fought within Manila's history. This item is in the category "Collectibles\Militaria\WW II (1939-45)\Original Period Items\United States\Field Gear, Equipment". The seller is "premierrelics" and is located in this country: US.