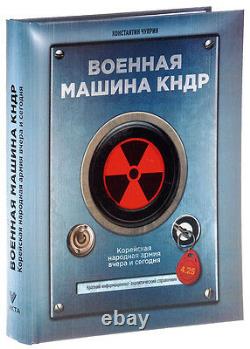 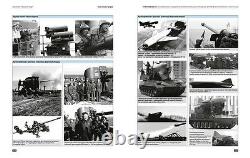 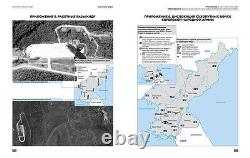 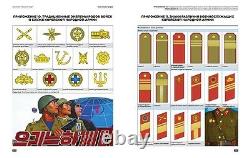 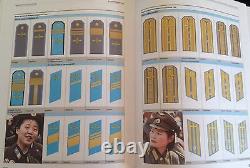 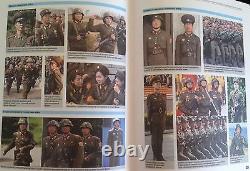 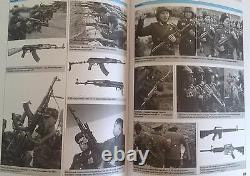 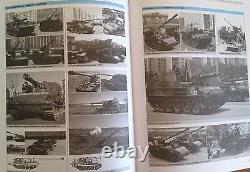 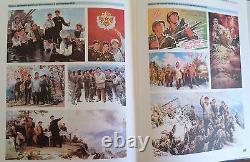 OTH-660 The North Korean Armed Forces. Yesterday and Today of Korean People's Army. Hard Cover, 548 pages, Format 205 x 260 mm, Text in Russian. This book describes the military doctrine of the DPRK, the development and current state of the Korean people's army and other security components of the state machine of the country on the background of the overall picture of the state of its society and economy.

Attracting a large volume of factual, including for the first time introduced into wide circulation of information and illustrative material makes the study particularly valuable. Each section of the Handbook, including visual information (hundreds of illustrations, including published for the first time), as well as dozens of informational tables, is quite self-sufficient in nature and can be used to study a variety of topics related to the history and present of the armed forces of North Korea. The edition is illustrated with photographs and drawings, including schematics of ships and auxiliary vessels of the Navy of North Korea. The book contains: 90 drawings of ships and vessels; 5 maps of strategic sites; 99 reference tables. Hundreds of photos and drawings of the flags, emblems, uniforms, insignia, awards, satellite images of military bases, virtually all types of military equipment and weapons from missiles to gas masks.

All that someone wanted to know about the North Korean army, air force and Navy, and with a huge number of illustrations. The tables of uniforms and insignia, miscellaneous symbols, weapons - from pistols-machine guns-machine guns-grenade launchers-flame throwers and hand grenades to protective kits and all sorts of radars, radios, etc.

Scheme of military ships, including a little-known boats for special operations and midget submarines, airplanes, helicopters DPRK even has the American helicopters at service! Moreover, the characteristics of the entire economy. There are a lot of satellite pictures of airfields and naval bases with explanation what was filmed, also provides the latest information on the armed forces of South Korea and the US army on its territory. General Geographical characteristics of North Korea 2.

Demographic and ethnographic characteristics of North Korea 3. The political system of the DPRK and the features of social life 5. State symbols of the DPRK 6.

The faster you pay for the item, the faster you get it in your hand. Please, do not hesitate contacting us. If your primary address is not in English, kindly inform us your English address. All parcels that we are sending is trackable so you can see where your parcel is at the moment. Items removed from their original packing are not refundable. We will reply to your concerns in 24hours. Many thanks for your interest in our products. The item "OTH-660 The North Korean Armed Forces. Korean People's Army, Navy and Air Force" is in sale since Thursday, June 15, 2017. This item is in the category "Books\Nonfiction".

The seller is "modelgrad-com" and is located in Moscow, Moscow region. This item can be shipped worldwide.